Home Archives Profile Subscribe
Saturdays with the Flock
Recommendations from Under the Radar, Tuesday 8/28

The Illustrator's Notebook (An "Under the Radar" Recommendation)

The Illustrator's Notebook
by Mohieddin Ellabbad
English translation by Sarah Quinn
Groundwood Books/House of Anansi Press, 2006
ISBN-13: 978-0-88899-700-5
For ages 6+ (according to publisher)

An Egyptian writer and illustrator, Mohieddin Ellabbad has constructed this picture book as an illustrator's book of ideas, and it's full of small beauties. Meant to be read from right to left, as it would be in the Arabic world, the book opens from what is the back to us North Americans.

On each page, Ellabbad explains an aspect of making art. Instead of a global "how to" book, though, each of these aspects is personal. He talks about souvenirs, for instance, on the first page. "Souvenirs awaken our memories and bring them to life. Without memories, we would have no past." You can see this page at Amazon here. (Click on "Excerpt.") It's a collage of found objects: a ticket, a dried flower, a photograph, a postcard and stamp, and an illustration (another artist's, I presume) of a bird and flower. Ellabbad's description, written in Arabic calligraphy, fills the top third of the page. On the left is an English translation of the Arabic.

The calligraphy appears throughout, and because I don't write or speak Arabic, I look at the writing as an element of the art. But that adds to Ellabbad's compelling mosaic. Younger artists could definitely get some inspiration from the book, but they are going to need some help reading it. It's not told in a narrative form; the text and vocabulary are occasionally complex; and some of the concepts are abstract. For those reasons, the book is perhaps better suited for teenagers and adults. The Illustrator's Notebook would be a great present for an artist or someone who has lived in Egypt. And if you like to visit the Metropolitan Museum's Islamic galleries, this is a book for you.

This post about The Illustrator's Notebook is part of the "Under the Radar" book tour, taking place at a number of blogs today. I chose it because although the picture book got excellent reviews in the library-advising magazines and some Canadian 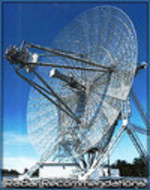 newspapers (the publisher is based in Toronto) and included on some year's best lists, I have not seen much discussion online or in print. Read it and tell me what you think.

Stay tuned tomorrow for a review of Betsey Osborne's novel, The Natural History of Uncas Metcalfe, and on Wednesday for Pooja Makhijani's assessment of Romina's Rangoli.

Other books featured in today's edition of the "Under the Radar" tour are as follows:

The Curved Saber: The Adventure of Khlit the Cossack, by Harold Lamb, at Finding Wonderland

Robert Sharenow's My Mother the Cheerleader at Not Your Mother's Bookclub

The Angel of the Opera, by Sam Siciliano, at lectitans

The God Beneath the Sea,  Black Jack, and Jack Holburn, all by Leon Garfield, at Bookshelves of Doom

Plum, by Tony Mitton, at Writing and Ruminating

I Rode a Horse of Milk White Jade, by Diane Lee Wilson, at The Ya Ya Yas

Russell Hoban's Nothing To Do and other picture books, at SemiColon

It sounds lovely. And from what I know of Arabic, even if you read the language, you'd be correct to see it as part of the artwork as well -- in fact, many observant Muslims won't draw images (because one cannot draw the divine image, and man, being based on the divine, therefore can't be drawn, plus you're not supposed to have idols, etc.) So they focus on making the text as beautiful as possible as a means of honoring Allah. Although that may only apply to religious writings, but I kind of think not.

Susan, this sounds fabulous. I just requested a copy from the pubalic liberry down the road. Thanks! As usual, you're my reliable book source here (particularly picture books)!

Kelly, it's a really beautiful book, and I am (obviously) reminded of the Met's Islamic galleries when I look at it.

Jules, I'd love to know what you think when you read this one. You, too, Kelly.

Hey, this looks really neat - I love the 'found' items, and I love that we have the opportunity to discover an Egyptian illustrator. How cool is that?

Sounds like a beautiful book, Susan. Thanks for the recommendation!

Hey, Kelly. You're welcome. It also features an awesome picture of a chicken, which I covet.