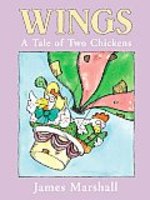 A few weeks ago I wrote about Bossy the chicken and her reluctance to free-range solo. Bossy is just one of my backyard flock of four, which is led by Petunia. The group also includes Loretta, who may be a rooster, but is permitted very little slack by the others, much like a first-grader on a school bus with all fifth graders. Fuzzy the Blue Orpington completes the crew, and she is becoming quite a beauty. If Fuzzy cared, she could possibly swipe Petunia's chieftain role, but Fuzzy is a free spirit.

Anyway, free-ranging. I've discovered that the girls like to go out as a group. What fun is going to the mall by yourself? I suppose it's like that. They don't go far, and they all stay together. Sometimes they run/fly/skedaddle back to the coop. Which is fine, because it's not that easy to get them back in, unless they are of a mind to do so. After school Junior likes to let them out to free-range while he sits outside and does homework. So far our September afternoons have been mild and sunny and full of chickens. It suits us pretty well.

I like to mention picture books featuring barnyard fowl on Saturdays, and today I chose Wings: A Tale of Two Chickens, by the late James Marshall. Here is what Marshall's editor Regina Hayes had to say:

Almost all of Jim’s books included some spectacularly dim-witted characters, and I felt he had a particular affection for  them and gave them the best lines: the Stupids; the Cut-Ups; the wonderfully dumb chicken, Winnie, in Wings: A Tale of Two Chickens. Winnie meets a fox who introduces himself in “a silky voice,” reassures her that “plump is nice,” and declares at the end, “Unhand that chicken! She’s mine!” Winnie  is rescued by her sister and given an informative book to read. “’Oh, my stars!’ cried Winnie. ‘Mr. Johnson was a fox!’” It is so deadpan that it’s hard to say what’s so funny, but many lines from Wings became bywords around the office, where Jim was a great favorite.

That's from a profile of Marshall in The Horn Book's July-August 2007 issue. Hayes wrote it in honor of Marshall's winning this year's Laura Ingalls Wilder medal, which "honors an author or illustrator whose books, published in the United States, have made, over a period of years, a substantial and lasting contribution to literature for children," according to the Association for Library Service to Children, the award's administrator.

I've really enjoyed reading these stories about your flock. I feel like I know them!

Thanks, Sheila. The chickens are sweet little pets; we really do enjoy having them.

Oh! I love Hungry Hen, by Richard Waring. The twist at the end makes it a hoot at storytimes!