Home Archives Profile Subscribe
Adventures with "The Snake Scientist"
A Day of the Dead Story for Kids, at La Bloga 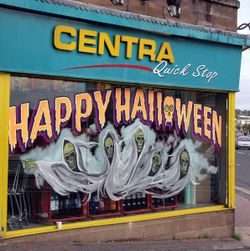 Happy Halloween! Seven books from the Halloween hit parade here at our house:

Too Many Pumpkins, a picture book in which pumpkins lead to community

There Was an Old Lady Who Swallowed a Bat, more of the above

The Hallo-wiener, in which a dachshund saves the day

Space Witch, from the creator of Corduroy (out of print)

Posted at 08:54 AM in Beginning Readers, Picture Books | Permalink | Comments (2)

Oh, I must check out Hallo-wiener. I have a thing for daschunds. My favorite oldie-but-goodie Halloween picture book is THE WITCH HAS AN ITCH. Great lines and illustrations.

Happy Halloween to you, too, Rose! The Hallo-wiener is by Dav Pilkey, so it's quite funny.