After today, I am compiling all the year's best lists in The Best of the Best: Kids' Books '08, a separate page  in the right hand column.

School Library Journal chose its kids' books of the year, and readers can see the whole list at SLJ's web site. I didn't agree with a couple of its choices, but thinking it over, I remembered that school libraries support the curriculum (as my son would say, "Duh"). SLJ's choices are bound to be different from mine. That's why it's important for this continuing conversation about children's books to encompass a broad range of viewpoints.

Easy Reading: I Will Surprise My Friend!

In Mo Willems' I Will Surprise My Friend!, Gerald the Elephant and his pal Piggie get a good idea for a game from two squirrels playing by a large rock. Gerald and Piggie hide from each other on either side of the rock, and then Gerald's imagination gets the best of him. He fears something has happened to Piggie. Recently I read aloud this beginning reader to a kindergarten class. They liked it, and afterward we talked a little bit.

When asked who his favorite character was, one boy said, "The rock," which cracked me up. "Yes, the rock does play an important part," I said. The rest were pretty evenly split between Gerald and Piggie, with one case made for the squirrels. (Squirrels are the innovative thinkers in both I Will Surprise My Friend! and I Love My New Toy!, another 2008 offering in this popular series.)

The discussion continued. A girl raised her hand, and told me solemnly, "Pigs are farm animals." We all agreed that elephants were not.

This particular group of kindergartners had never heard of Willems' picture book Don't Let the Pigeon Drive the Bus. I know they'd like it.

I Will Surprise My Friend! and I Love My New Toy! are nominees in the Easy Reader category for the 2008 Children's and Young Adult Bloggers' Literary Awards (the Cybils).

The practice is inspired by the slow food movement, which says that fast food is destroying local traditions and healthy eating habits. Slow food advocates, like the chef Alice Waters of Chez Panisse in Berkeley, Calif., believe that food should be local, organic and seasonal; slow bloggers believe that news-driven blogs like TechCrunch and Gawker are the equivalent of fast food restaurants — great for occasional consumption, but not enough to guarantee human sustenance over the longer haul.

I know, I know. I'm quoting the New York Times again. I love the New York Times. It's a totally unrequited thing. I get very mad at it, too, on occasion. Because of the nature of our "relationship," it just sniffs at me and moves on. Sigh.

Perhaps I should add here that I am concerned about Sunday Book Review's health. The print version is very wan (or should I say gray?) and thin today. But it does contain a piece on Bert Hölldobler and Edward O. Wilson's new book The Superorganism: The Beauty, Elegance, and Strangeness of Insect Societies.

The winners. I added links to bookstores and to blog coverage of the books:

Young People's Literature
What I Saw and How I Lied, by Judy Blundell.

(Short review at the blog Collecting Children's Books. Scroll down on the page.)

Nonfiction
The Hemingses of Monticello: An American Family, by Annette Gordon-Reed.

(The Long 18th, an academic blog about 18th century scholarship, reports on a reading by Gordon-Reed in her home state of Texas.)

These winners were announced last night, 11/19/08. Further information at the National Book Foundation.

Here in southern New England, we will not see maple-sugaring season until the end of the winter, but Junior and I always look forward to it. We've latched onto the tradition as if we were members of the Ingalls family, always showing up for the sugaring demonstration at the nature center and discussing the logistics of one day tapping the (very skinny) maple trees in our yard.

I've also read aloud many books on the subject, and a cheerful new picture book makes a sweet addition to the list. Maple Syrup Season, written by Ann Purmell and illustrated by Jill Weber, takes young readers through the whole process. Using sugaring terms (and a glossary), the factual book depicts an extended (fictional) family's experiences:

Dad helps the uncles pour sap from the tree buckets into gathering buckets and then into a giant barrel on the sled.

Weber renders the winter scenes with whimsical, folk-art style illustrations, and in her pictures, even the family pets and animals in the woods get in on the action. Weber and Purmell also teamed up for 2006's Christmas Tree Farm.

Plus, the Chicago Tribune rated maple syrups today.  How's that for serendipity?

I get a kick out of elementary school bulletin boards. This morning I spent some time reading a Thanksgiving display of student work; each of the following mini-essays was written on a meticulously crayoned paper turkey.  The authors are around 6 or 7. I chose two favorites among many.

I am thankful for Mom and dad. Also For turkey and books.

I am thankful for my wrestler toys because I like to play with them all day and all month.

Travis at 100 Scope Notes spent an afternoon with beloved children's book author Patricia Polacco, and posts about the experience at his blog. We were just reading Some Birthday last night. Thank you, Mr. Scope Notes.

The Joy of Children's Literature blog points readers to "Beautiful Science: Ideas That Changed the World," an exhibit of science books at the Huntington Library, in San Marino, CA. The Joy also refers to The Mysterious Universe, a kids' book that sounds pretty cool. (It's a Cybils nominee.)

Interviews with many big-name children's and YA authors are on the blogs this week, courtesy of the Winter Blog Blast Tour. Chasing Ray has the master schedule.

Calvin Trillin tackles Texas barbecue, at The New Yorker. I can't wait to read this! Also, here is the Texas Monthly article Trillin refers to. This subject has absolutely nothing to do with children's literature, but we all have to eat, right? And since we have to eat, let it be BBQ.

The November Carnival of Children's Literature, a roundup of links to blog posts on kids' books, is up and running. Click here. 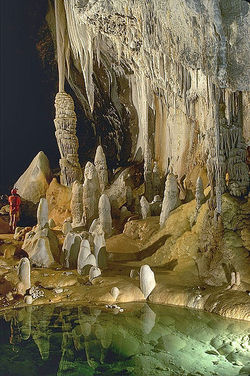 Last week I posted a bit from scientist Edward O. Wilson's memoir, Naturalist. A blog entry by tech writer David Pogue reminded me that Wilson is the "father" of the enormous online project called the Encyclopedia of Life. Here is an excerpt from Pogue's interview with Wilson. In answer to a question about how the EOL project came to be, Wilson said,

Because remarkably–and this is little known even in the scientific community–we’ve only begun to explore this planet. It was 250 years ago this year that Karl Linnaeus, the great naturalist in Sweden, began what became the official form of biological classification: two names, like “homo sapiens” for us, and ranging the species in hierarchies according to how much they resemble one another. 250 years ago.

And in that period of time, we have found and given names to perhaps one-tenth of what’s on the surface of the earth. We have now found 1.8 million species. But the actual number is almost certainly in excess of 10 million, and could be as high as a hundred million, when you throw in bacteria.

I love what this means for scientifically oriented children when they grow up—there's so much out there, waiting for them to discover. Of course, one of Wilson's main points is that we all have to work hard to protect our world, too.

Naturalist quickly leaped to the top my list of favorite books read lately. I especially enjoyed the parts about his peripatetic childhood in the South. He even spent a year at military school—when he was only 7. What he wrote about his Harvard colleague James Watson, one of the discoverers of  DNA and "the most unpleasant human being [Wilson] had ever met", made me want to read more about that scientist, too.

Speaking of just beginning to explore the planet, the kiddo and I paged through Tony Waltham's Great Caves of the World (Firefly Books, 2008), mostly just looking at the photographs and noting where we'd like to visit. New Mexico, for sure, to see Carlsbad Caverns. If we were scientists or National Park management, we could get into the awesome-looking Lechuguilla Cave, in the same area. (See photo.)

The farther-flung caves under Australia's Nullarbor Desert also caught our eye. Waltham writes, "The Nullarbor has hundreds of blowholes, nearly all too small to enter. Some link to known caves, but others merely indicate that there is a lot more cave passage still to be discovered beneath the Australian desert." A similar theme to Wilson's.

Like Great Caves, Edward O. Wilson's Naturalist is a book written for adults, but would be fine for older teenagers who like science. The next time I'm at the library, I'll look for The Earth Dwellers: Adventures in the Land of Ants, by Erich Hoyt (Simon and Schuster, 1996), a YA nonfiction book about Wilson and others. I'm unable to find a picture-book or middle-grade biography of the scientist. Anyone know of one? An opportunity for a writer, perhaps.