This list was made by my first-grade reading buddies, after I asked them what sorts of subjects they are interested in. Both girls' skills are really improving; they're working hard.

This morning their favorite book was "Hi, Pizza Man!" by Virginia Walter. It has a lot of things that the first-graders like: big illustrations, a silly streak, animals, and a familiar subject (pizza). Situations where you guess what comes next make for fun, too.This small group likes picture books with only one or two sentences a page and a good refrain; otherwise, reading gets too long and involved. But "Hi, Pizza Man!"? They liked it so much that they read it twice.

This morning the blog Across the Page has a wonderful salute to the books of Bill Peet, and recommends several favorite titles for reading aloud. The post reminds me that we still need to read Peet's autobiography.

Although I missed these books as a kid, I  "discovered" Peet, a Disney cartoonist and author of more than 30 works for children, through listening an audiotape of The Caboose Who Got Loose with my son, when he was about five. As I've mentioned here before, The Spooky Tail of Prewitt Peacock makes us laugh every time, especially given one of the funniest visual jokes I've seen in a kids' book. Junior also likes Farewell to Shady Glade, an environmentalist story published in 1966 and still just as relevant. Really, you can't go wrong with Bill Peet's work.

Even more literary awards were announced today: the Orbis Pictus Award for Outstanding Nonfiction for Children. Sponsored by the National Council of Teachers of English (NCTE), the prize-winners are as follows:

Darwin: With Glimpses into His Private Journal and Letters by Alice B. McGinty (Houghton Mifflin Books for Children)

How Many Baby Pandas? by Sandra Markle (Walker Books for Young Readers)

The Boy Who Invented TV: The Story of Philo Farnsworth by Kathleen Krull (Knopf Books for Young Readers)

The Grand Mosque of Paris: A Story of How Muslims Rescued Jews during the Holocaust by Karen Gray Ruelle (Holiday House)

Life in the Boreal Forest by Brenda Z. Guiberson (Henry Holt and Company)

Nonfiction Mondays are celebrated on a number of the children's book blogs. To see which books others are talking about today, readers can find a roundup of posts at Wendie's Wanderings.

I'm on the run this morning, but here is a quick link to the winners of the Newbery, Caldecott, and many other children's literary awards. These were announced this morning at a meeting of the American Library Association, which sponsors the prizes. Hats off to the ALA for posting this information so quickly.

Also, another link, for the Printz and other awards for young adult literature.

Don't worry. The title of this post is not a confession by yours truly. Instead, it refers to Jim Arnosky's goofy, sunny-colored picture book devoted to wild turkeys. I'm a Turkey!, written for the youngest readers (aged 2-5), conveys real facts in its rhyming text. (Real facts aside from the first-person narration, that is.) "A great big bird weighing fifteen pounds/take some time getting off the ground." Yes, turkeys fly. They also roost in trees at night, as the all-turkey sunset silhouette demonstrates. A quick read-aloud and a must for anyone who has ever practiced gobbling*, the book has this reader hoping that the local flock will soon make an appearance.

*Okay, you got me. That could be a confession right there. 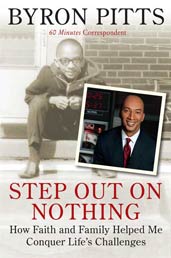