Looong Novel, Foodies, and So On 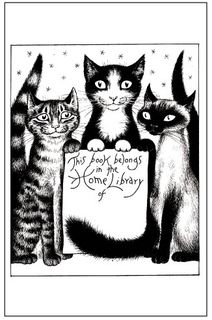 Remember the movie Endless Love? I am reading Endless Book. Vanity Fair has hijacked my spring. Just when I think things are heading to a close, a minor character becomes major. I know I'll be glad to have read the novel, but at this point (page 700 out of 800), I feel like I'm in a wrestling match.

Meanwhile, all these interesting things are happening.

At PBS Kids' Booklights blog, Terry started "Bookworm Basics," a series about building a home library for a child. Lots of good ideas. Don't forget about the free bookplates available at the UK's My Home Library. (That's one, by Nicola Bayley, on the right.)

The Summer Blog Blast Tour series of interviews with children's and young adult authors. The master schedule is at Chasing Ray.

Checking in on Chekhov

Many years ago I heard Eudora Welty read in New York, and afterward she took questions from the audience. One woman asked, "Who's your favorite author?" Welty dodged the question as best she could, but finally named two she thought a lot of: William Maxwell (who had introduced her that evening) and Chekhov.

This morning The Millions offers "I Heart Chekhov," a fine essay by Sonya Chung:

For aspiring writers, there will always be matters of craft and style; but how many of us, writers and teachers alike, imagine focusing our development as writers on personal character?   And what, at any rate, would that look like?

If I ever As soon as I finish Vanity Fair, I hope to start and work my way slowly through Chekhov's Stories and Complete Short Novels, in the translations by Richard Pevear and Larissa Volokhonsky. I've read a bit of Chekhov's work before, in a class at The New School, but not in these newer versions. Sonya Chung's piece gives me even more reasons to do just that.

to ask for your

with having our students wear

to school each day.

The warm weather has brought about

among some students to wear

have your children wear

Thank you for your help.

More poems on this Poetry Friday at the blog Random Noodling.

Mrs. A., the media specialist at my fifth grader's school, recommended some books for Junior recently, but he hasn't gotten to them yet. Inventory at the school library starts this week, so the books have to go back. I think they'll make good summer reading, though, so I thought I'd share the names here.

A series called "Mysteries Unwrapped," from Sterling. Mrs. A. says that these books fly off the shelves, and they look perfect for Junior. The series includes Haunted U.S.A., by Charles Wetzel;  The Real Monsters, by Sudipta Bardhan-Quallen; and Mutants & Monsters, by Oliver Ho. Josh Cochran illustrated all of them.

The Big Book of Dummies, Rebels and Other Geniuses, by Jean-Bernard Pouy & Serge Bloch, and Anne Blanchard (Enchanted Lion Books, 2008). "26 lively and humorous portraits of notable figures from history, science, literature, music and film," says the jacket copy. I don't know if putting "dummies" in the title was so wise, but Mrs. A. highly recommends the book.

I picked out Guys Write for Guys Read, edited by Jon Scieszka (Viking 2005). We can pick this one up at the public library, along with Knucklehead: Tall Tales and Mostly True Stories of Growing Up Scieszka (Viking 2008). Guys Read: Funny Business (Walden Pond Press/Harper Collins) comes out in September—just in time for middle school.

Added later: Wait, wait. There's more. At the school library just this morning, I spied these: Make Your Own Inuksuk, by Mary Wallace (Maple Tree Press, 2004 [2001]); an edition of Ogden Nash's Adventures of Isabel, illustrated by James Marshall (Little, Brown, 1991); The Architecture of Frank Lloyd Wright: Understanding the Concepts of Parallel and Perpendicular, by Janey Levy (PowerKids Press, 2005), which might go well with this; and Top Secret: A Handbook of Codes, Ciphers, and Secret Writing, by Paul B. Janeczko (Candlewick, 2004).

I have been tickled by many of the character names while reading the nineteenth-century novel Vanity Fair. If I were going to start another literary blog (okay, one can argue that Chicken Spaghetti is literary, but let's pretend), I'd be tempted to choose from the following.

I'd never read Vanity Fair before, so I didn't know that this is where Becky Sharp comes from. She's the orphan/anti-heroine who elbows her way up the social ladder. In an early chapter, "Miss Sharp begins to make Friends," Thackeray writes,

"Whether it was the heart which dictated this new system of complaisance and humility adopted by our Rebecca, is to be proved by her after history. A system of hypocrisy, which lasts through whole years, is one seldom satisfactorily practised by a person of one-and-twenty; however, our readers will recollect that, though young in years, our heroine was old in life and experience, and we have written to no purpose if they have not discovered that she was a very clever woman."

In other words, what's she up to next? I'm halfway through Vanity Fair, Waterloo has come and gone, and Becky is busy charming Paris.