Home Archives Profile Subscribe
"Diversify Your Reading!"
From English to Catalan to English 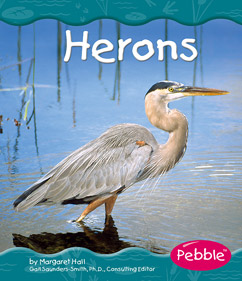 On Saturday I got to be the Story Lady at the beach. The "friends" group of the nearby state park, Sherwood Island, sponsors several summer read-alouds, and as the day's pinch hitter, I took over when the regular reader had to be out of town.

I had two requirements for each book I chose: 1. Natured-themed in some way., 2. Not too long or wordy.

Nic Bishop Frogs (Scholastic 2008). Mostly we looked at (and exclaimed over) the fantastic, close-up photographs of frogs. I kept the text short and sweet, leaving out most of it, since one of the listeners was only three. It was very exciting to look at all the fwogs!

Actual Size, by Steve Jenkins. (Houghton Mifflin, 2004) Recommended by Adrienne at the blog What Adrienne Thinks About That, this collection of colorful, cut-paper illustrations of real-life-sized animals (and parts of animals), like bear, squid, and great white shark teeth. Everyone thought my hand would be as big as a gorilla's (um, thanks?). But it wasn't, and neither were theirs! We all held up our hands to the illustration. A keeper for my list of good second-grade books for next fall. (I'm a volunteer reader in a second-grade classroom.)

Jellies, by Twig C. George. (Millbrook, 2000) I love this book for its odd, second-person point of view. "If you were a jellyfish you would have two choices—to go up or down. That's it. Two. You would not have a brain, so you could not decide what to have for breakfast or where to go for lunch." The seven year olds in the group got it right away. We talked about the cool photos of jellyfish, too.

Herons, by Margaret Hall. (Capstone, 2004) A beginning reader from a series called "Wetland Animals," this was a good selection for the park because of all the herons that can be found there. I learned something, too. "Herons eat during the day. They sleep standing in water at night." A couple of kids imitated how a heron might sleep standing on one leg.

Whale in the Sky, by Anne Siberell. (E.P. Dutton, 1982) Relatively short for a folk tale, this "Reading Rainbow" selection is a re-telling of a Native American legend from the Pacific Northwest.  Siberell's wood-block illustrations show well to a group.

I also had on deck, in case story time ran long:

Crab Moon, written by Ruth Horowitz and illustrated by Kate Kiesler. (Candlewick, 2000) A story about horseshoe crabs and a boy at the beach, with a dash of educational information.

A Beach Tail, written by Karen Lynn Williams and illustrated by Floyd Cooper. (Boyds Mill Press, 2010) Beautiful, realistic illustrations depict a boy drawing in the sand and getting farther and farther away from his dad. "A gentle story for young readers [that] touches on independence and problem-solving..," writes Pam at MotherReader.

Aww, that makes me nostalgic... my son used to love Sea, Sand, Me.

Time flies, doesn't it, Wendy? What does your son like to read these days?

I can't get him to touch picture books anymore :-( but he's very into Shel Silverstein's poems. His dad is also reading The Diamond in the Window to him, and he loves it. He seems to like fantasy best, in true geek tradition!

All of these children's books sound like great summer beach reads. It's fun to see a book about Herons included as those birds were always around when I was growing up but for the longest time I never knew what they were called.

I personally would have included The Rainbow Fish as well. :-)