Thank you to the Big Fresh, the Choice Literacy newsletter, for mentioning Chicken Spaghetti's 2011 Best Children's Books: A List of Lists and Awards. Welcome, readers! Literacy is all about connection, and I'm so happy that you've stopped by.

For those of you who don't know Choice Literacy, I highly recommend the Big Fresh, which is a free weekly e-newsletter; as a parent and school volunteer, I've picked up many good tips over the years. One of these days I hope to attend a literacy workshop.

Here is more about Choice Literacy, from its website:

Choice Literacy is dedicated to providing innovative, high-quality resources for K-12 literacy leaders. Founded in 2006, the website has grown to include over 1800 professionally produced and edited video and print features from top educators in the field like Jennifer Allen, Aimee Buckner, "The Sisters" (Joan Moser and Gail Boushey), and Franki Sibberson, as well as promising new voices like Katie Doherty and Heather Rader.

We believe literacy change that endures comes from within schools -- which is where you will find most of our contributors day in and day out. We honor and support local literacy leaders by supplying them with the practical resources they need to mentor colleagues, design demonstration classrooms, lead study groups, and assess literacy learning.

Once again I’ve asked my husband, Norman, to write about his best books of the year. Norman is always on the lookout for good suggestions and likes the reviews in the New Yorker, the New York Times Book Review, the Wall Street Journal, People, and Oprah, as well as the ones on NPR.

I’ve read many good books this year, so I am happy that once again Susan asked that I share some of my favorites with Chicken Spaghetti readers. My top 5 books are Rules of Civility by Amor Towles, The Hare with Amber Eyes by Edmund de Waal, This Beautiful Life by Helen Schulman, Long Drive Home by Will Allison, Lives Other Than My Own by Emmanuel Carrère (translated from the French by Linda Coverdale), We the Animals by Justin Torres, and The Free World by David Bezmozgis. Yes, that’s 7 books but I didn’t have the heart to drop 2 of these great reads.

Rules of Civility and The Hare with Amber Eyes are favorites that I encouraged Susan to read (as in, “Have you read it yet? Have you? Have you?”), and I have given both as gifts to others. Rules of Civility, by first-time author Amor Towles, is a wonderful story of three young people in New York City circa 1938. I was so taken by the characters when not reading the book I often found myself thinking about the them. Edmund de Waal’s The Hare with Amber Eyes is a true story of family, survival, and art, and the fact that Mr. de Waal is an artist (he’s a ceramist) comes through in his vivid and detailed descriptions of palaces, furniture, and his family’s collection of netsuke (small, Japanese carvings of boxwood and ivory).

This Beautiful Life and Long Drive Home were well-told stories about how mistakes (and in the case of Long Drive Home a tragic mistake) can destroy a family. Lives Other Than My Own and We the Animals were deeply moving books, with the former containing two gracefully told stories of loss and the latter being a wild ride of a book that reminded me of the writing of Junot Diaz. David Bezmozgis’s The Free World is about the Krasnansky Family as they flee Latvia in 1978 and have to spend months in Italy before they can emigrate to their final destination. The Free World was the best of the books I read by the New Yorker’s “20 Under 40” noteworthy authors, though The Tiger’s Wife (Téa Obreht) and Swamplandia! (Karen Russell) weren’t far behind. (Notice how I snuck in two more must reads!)

Though not in my Best of the Best grouping, I also would recommend the following well-written novels: Salvage the Bones by Jesmyn Ward, To Be Sung Underwater by Tom McNeal, Anatomy of a Disappearance by Hisham Matar, Please Look After Mom by Kyung-Sook Shin (translated from the Korean by Chi-Young Kim), Turn of Mind by Alice LaPlante, So Much Pretty by Cara Hoffman, Bent Road by Lori Roy, Ten Thousand Saints by Eleanor Henderson, Faith by Jennifer Haigh, Pigeon English by Stephen Kelman, The Submission by Amy Waldman, and A Wild Surge of Guilty Passion by Ron Hansen. I also add to this grouping The Marriage Plot, but I have to admit that it took me several chapters before I fully got into the story, and the book was not nearly as captivating as Jeffrey Eugenides’s last book, Middlesex.

While novels are usually my favorite books, I was very glad to have read An Exact Replica of a Figment of My Imagination by Elizabeth McCracken (an outstanding memoir), Just Kids by Patti Smith (one of the best stories of love, friendship, and coming of age in New York), Cocktail Hour Under the Tree of Forgetfulness by Alexandra Fuller (a fascinating story about the author’s parents and their multitude of challenges living in Africa), An Exclusive Love: A Memoir written by Johanna Adorján and translated from the German by Anthea Bell (the story of Adorján’s grandparents who survived the Holocaust but couldn’t bear the thought of living without one another in the final years of their lives), and The Empty Family by Cólm Toibín (a short story collection by the author of the excellent 2009 novel Brooklyn).

A few lighter reads that proved to be entertaining include An Object of Beauty by Steve Martin, The Revenge of the Radioactive Lady by Elizabeth Stuckey-French, My New American Life by Francine Prose, The Hottest Dishes of the Tartar Cuisine by Alina Bronsky (translated from the German by Tim Mohr), and Starting from Happy by Patricia Marx. And, lastly, what would a year be without a few good mysteries, where Started Early, Took My Dog by Kate Atkinson and A Trick of the Light by Louise Penny were among my favorites. 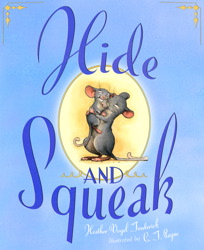 I am seeing poems all over these days. (Uh, oh.) Last week it was in a nonfiction YA book; today the poetry comes via the Merriam-Webster online dictionary entry on the word "fascinating." I cracked up when I read the above. It struck me as a delightfully weird collection of rhyming words. If someone were writing a poem, would she really like to rhyme "fascinating" with "carbon dating"?

Other children's book bloggers are also talking about poetry on Friday. (I am posting a little early). See the Poetry Friday roundup tomorrow at Kate Coombs' blog, Book Aunt.

And go ahead. Take a shot at your own "Rhymes With Fascinating" in the comments.

The days
of outright prohibition
are
gone
and likely will
will never return. 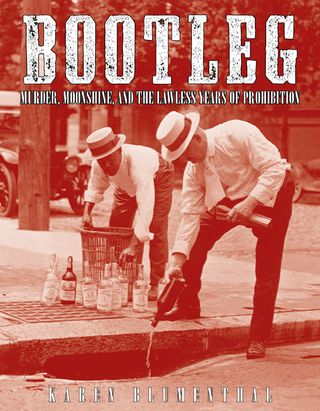 I'm just starting Bootleg, which is popping up on year-end best-kids-books lists, including those from School Library Journal and Kirkus Reviews, as well as the YALSA Nonfiction Award finalists.

I'm curious about the subject since saloon keeping and home brewing were activities enjoyed by a number of my kinfolks during the same era. Well, the saloon keeping (of one Bismarck Saloon on the town square in Waco, Texas) was just prior to Prohibition, for obvious reasons...

The glossary words in Blumenthal's book read like poetry to me, and I liked her conclusion at the end. That's where I concocted the poem above. The nonfiction book is geared toward readers 12 and older.

Other children's books bloggers are writing about poetry (and not moonshine) today; see the Poetry Friday roundup at Read, Write, Howl for more selections.