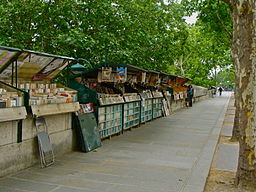 As the year 2015 winds down, my wife, Susan, has once again allowed me to write about some of the books I’ve enjoyed over the last twelve months.

So, without further adieu, my top three novels were

· The Door, by Magda Szabó (translated from the Hungarian by Len Rix). I have to admit that I had never heard of Magda Szabó, the famed Hungarian author who passed away in 2007, or of her 1987 novel, The Door, but thanks to New York Review Books Classics, I and many others have come to discover this superb novel about the complex relationship between a writer and her elderly housekeeper. The book is set in postwar Hungary, but through the stories of the housekeeper, Emerence, we also learn about Hungary’s troubled political past. This book is fiction at its finest.

· Our Souls at Night, by Kent Haruf, is a beautifully told story of friendship and love between Louis and Addie, widowed neighbors in their 70s, as they face not only small-town gossip but also disapproval from their adult children. Sadly, Mr. Haruf wrote this book while he was very ill, and in fact, he passed away six months before it was published. I highly recommend reading the article “Kent Haruf’s Last Chapter,” published in the Wall Street Journal on 5/14/15, as well as the wonderful books Plainsong (1999) and Benediction (2013) if you’ve not already done so.

· Fates and Furies, by Lauren Groff, tells the story of the 24-year marriage of Lancelot (Lotto), an actor who comes from a prosperous family, and his “ice princess” wife, Mathilde. The first part of the book, "Fates," centers on Lotto, and "Furies" is Mathilde’s story. I thoroughly enjoyed reading "Fates," but I found "Furies" to be a page-turning shocker that I couldn’t put down.

Other outstanding novels that I highly recommend are Delicious Foods, by James Hannaham, Among the Ten Thousand Things, by Julia Pierpont, History of the Rain, by Niall Williams, and Did You Ever Have a Family, by Bill Clegg. On my list of books I didn’t get to in 2015 but plan to read next year are City on Fire, by Garth Risk Hallberg, and The Turner House, by Angela Flournoy.

My top three nonfiction books in 2015 were

· Ghettoside: A True Story of Murder in America, by Jill Leovy. This is an extremely powerful and very informative book about race and the criminal justice system in America. It focuses on the murder of 18-year-old Bryant Tennelle, killed in South Central LA in 2007, and the dedicated detective who investigates the case. However, this is far more than a detective story as Leovy, who in 2007 started a blog on the Los Angeles Times site called "The Homicide Report" (which has the motto “a story for every victim”), brings forth the realities of living in and policing an economically disadvantaged, largely African American neighborhood where crime rates are too high and justice is difficult to find.

· Between the World and Me, by Ta-Nehisi Coates, is another exceptional book that addresses the inequality of black men in society in the past and continuing today, but unlike in Ghettoside, where Ms. Leovy takes an analytical and multifaceted approach, Between the World and Me is more a personal and emotionally charged accounting of the struggles faced by black men; Mr. Coates’s experiences and observations are told in the form of letters to his teenaged son. This book is both a memoir and social commentary that, in my opinion, was well-deserving of the National Book Award.

· Hold Still: A Memoir with Photographs, by Sally Mann. Ms. Mann is a very talented photographer who faced excessive media attention in the early nineties after gallery shows of the collection "Immediate Family," which included nude photos of her then-young children. Her new book, Hold Still, is a winning combination of personal memoir and explanation of what it’s like to view life as a photographer. I do have to admit that I found a good deal of the subject matter to be unconventional and strange, which only added to my appreciation of the book.

I would now like to mention three other books much worth reading:

· The first is Thirteen Ways of Looking, by Colum McCann. The author of Let the Great World Spin and Transatlantic does not disappoint in his newest collection, which consists of a marvelous novella and three strong short stories.

· The next book is Humans of New York: Stories, by Brandon Stanton. I received this as a holiday present, and I loved it! The photographs are clear and crisp, and the stories, which range from one-sentence comments to a few pages long, cover the full emotional spectrum. What else would you expect from New Yawkas!

· And last, but certainly not least, is Between You & Me: Confessions of a Comma Queen, by Mary Norris. Mary (whom I’ve had the privilege of meeting several times when Susan worked at the New Yorker) writes with humor, intelligence, and a pragmatic approach to grammar that make Between You & Me not only helpful but also enjoyable.

Ooh, HOLD STILL and BETWEEN THE WORLD AND ME are still on my tbr list. OUR SOULS AT NIGHT sounds like something I'll need to get for my mother, and then borrow... I'll also remember now to add the new HUMANS OF NY book!

Thanks for being my go-to adult reading person. Happy New Year to both!

Tanita, Between the World and Me is a really powerful book; I want to read it again. I liked the Sally Man, too. Our Souls at Night is lovely. One of my faves last year was The Turner House, which Norman is planning to read. I also LOVED Cece Bell's El Deafo. So many books...