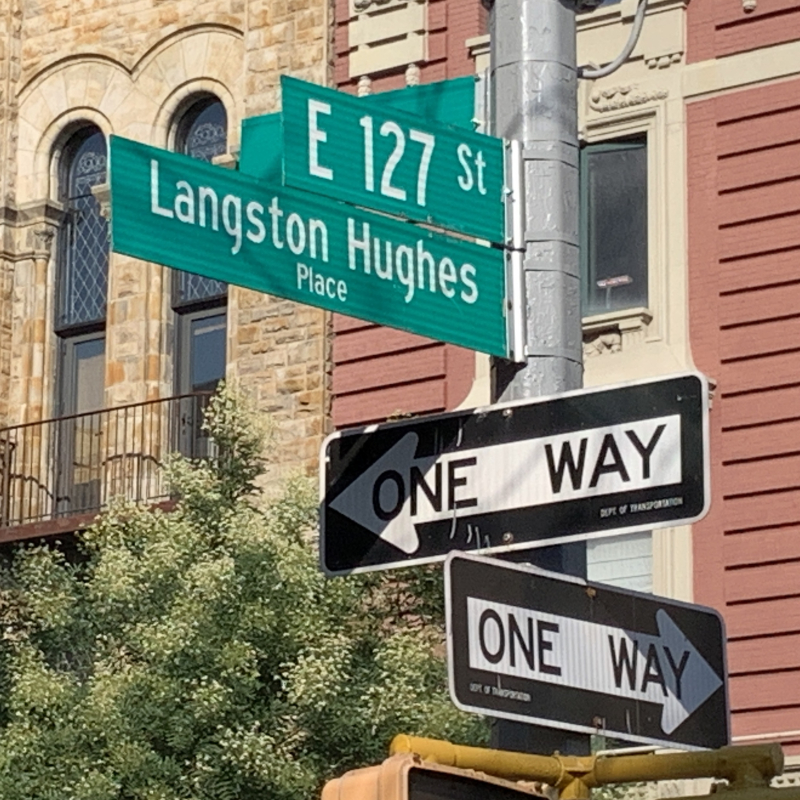 The Sweet and Sour Animal Book

illustrations by students from the Harlem School of the Arts

This collection of poems by Langston Hughes (1901-1967) is delightful, and, fortunately for us readers, still available for sale at the publisher's website and in quite a few library collections. The alphabet book for children features whimsical three-dimensional illustrations by students from the Harlem School of the Arts—who must be in their thirties by now! I'll definitely be bringing it along to read to my second-grade friends when school starts up again. Sure, it's an ABC book, but it's not for babies: on the L page, the poem begins, "A lion in a zoo,/Shut up in a cage,/Lives a life/Of smothered rage."

Second graders love jokes, and they'll enjoy the humor here, too. Just one example is the bee poem in the lower photo. The kid-created art may even inspire a project or two. The artistic medium for the goose page looks like Sculpey, or maybe Play-Doh; the artists were in the early primary grades.

Hughes wrote a number of works for children, but The Sweet and Sour Animal Book was published some thirty years after he died. The manuscript was in his papers at Yale's Beinecke library. (For a good story about how it came to be published, see Megan Drennan's 1995 article at EdWeek.)

I photographed the street sign in Harlem at East 127th Street and Fifth Avenue, near where the author spent the last twenty years of his life. He lived in an apartment on the top floor of a brownstone there. The block of 127th between Fifth and Madison is known as Langston Hughes Place.

The Poetry Friday roundup for August 6th is at A(nother) Year of Reading.

The Sweet and Sour Animal Book is my sixth book for the Sealey Challenge. 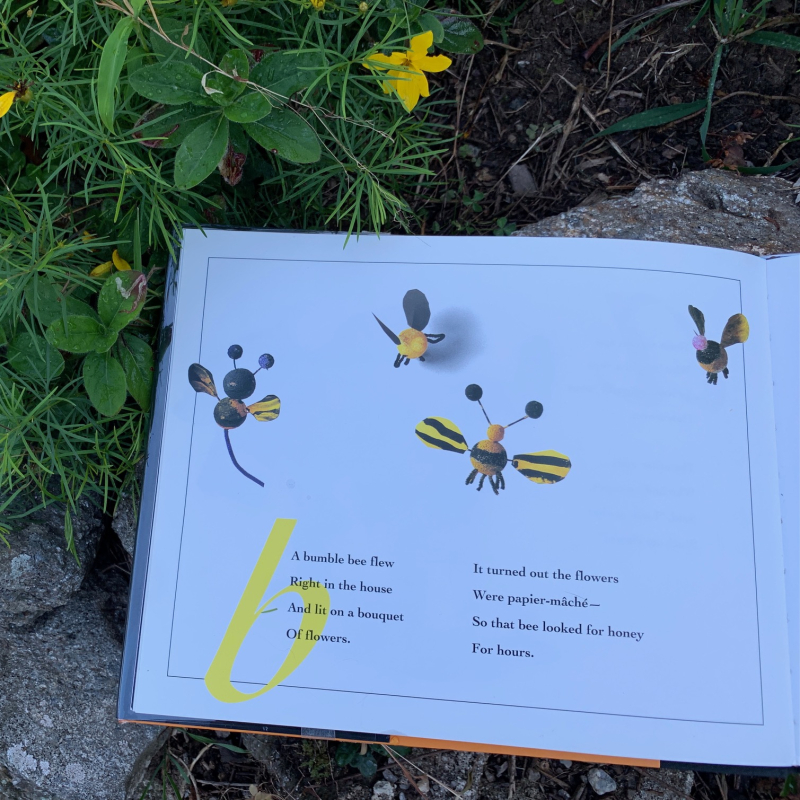 I am thrilled to find this title--I had no idea about it, and as I collect alphabet books and hold Langston in high esteem, this goes to the top of my wish list! Thanks for sharing.

Heidi, that's so great! I really love this book. Thank goodness for libraries that keep older titles. I just ordered myself a copy, too. The bee poem, above, made me laugh out loud the first time I read it. Thanks for stopping by.

This looks fantastic! Thanks for bringing it to our attention!

You're so welcome, Mary Lee. I was glad to discover that it's still in print.

I became aware of Langston Hughes and his wonderful poetry when living and working in NYC. I wish I had known about that sign E127 Street. I would have gone there just for that photograph alone.
Honouring poets in this way is something quite special.
Great detective work in bringing this children's book to our collective attention and great that it is still available. I shall add it to my ever expanding poetry collection.

This is a new one for me. I imagine my granddaughters would love it, too! Those words about the lion tell exactly what I feel when I go to the zoo, a thought for the lions and others caged. Thanks!

Alan, thanks so much. I was really happy to stumble upon the book at the library; I had not known about it before. I enjoyed the little research project & since I'm in the city every week or two, the literary excursion was lagniappe for me!

Linda, it's new to me, too. I can't wait to show it to the new group second graders! So true about the lions, too...

Ruth, it is! I have fun imagining the kiddos creating the art and have wondered if any of them went on to artistically oriented careers. I remember my own son making similar-looking fish in second grade for a project on Japan.

I have been a fan of Langston Hughes' poetry since I was a teen, but I wasn't aware that this book had been published. I look foward to checking it out. Thanks for bringing it to our attention!

You're welcome, Elisabeth. I liked the book so much that I bought a copy!

Wonderful to find your appreciation of this now out of print book. I led the team that developed the project while I worked a the Harlem School for the Arts. An editor at OUP approached us with the project - then newly discovered poems that, as I understand them, were developed by Hughes for use in teaching children. Sure wish we could get a reprint of this book!

Wow, that is cool. I love this book, and did order a paperback copy for myself. The student art is beautiful. I agree with you about a reprint!