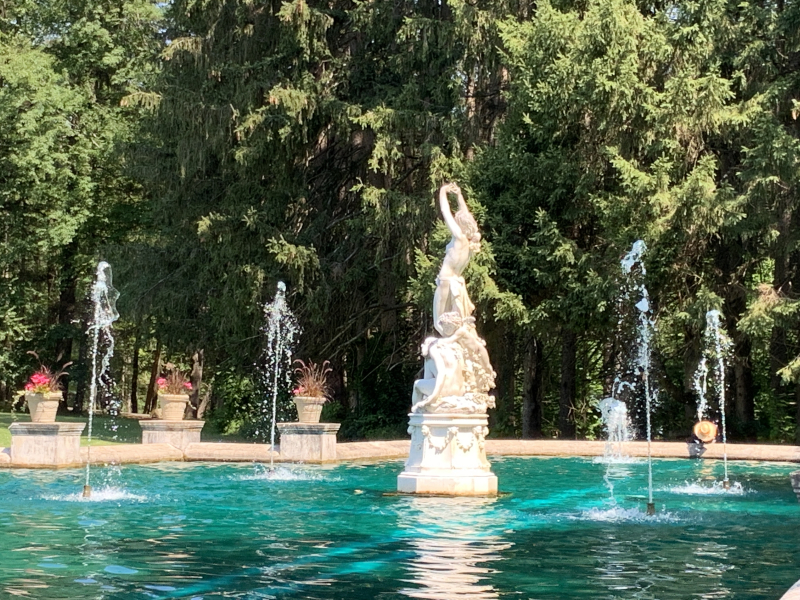 Last week I heard Saeed Jones and Isaac Fitzgerald talk about writing and friendship at a local literary festival. Both of these writers have new books out; Jones's Alive at the End of the World is a collection of poetry and Fitzgerald's Dirtbag, Massachusetts is a memoir in essays. Fitzgerald asked Jones which poems influenced him to start writing poetry, and in addition to work by the poets Jones calls "The Housewives" (Sylvia Plath and Anne Sexton), he brought up Margaret Atwood's "Siren Song," which he read as a teenager. "Siren Song" is a persona poem, told from the point of view of one of the mythical beings, and Jones said until reading it he hadn't realized that a poem could could lie. It inspired him to go home and write.

I couldn't resist looking it up later, and must say that I like this one, too. Talk about unreliable narrators!

This is the one song everyone
would like to learn: the song
that is irresistible:
the song that forces men
to leap overboard in squadrons
even though they see the beached skulls
Continue reading here

The Poetry Friday roundup is at Kathryn Appel's place on September 16th.

Photo by ST: The fountain (but not a siren) at the Yaddo Gardens, Saratoga Springs, NY

What a great question; the poems that enticed a poet into the craft. And a clever response to the Siren Song. Thank-you for sharing.

It was a good question! And now that you mention it, I see that Jones followed the siren right into writing.

I love this poem. Margaret Atwood has a great and dry sense of humor. Wouldn't we love to have the power of a siren!

As Susan wrote, that song lured another, this time to poetry. It's a new one to me, Atwood looks at life in new ways for us.

Janice, Mary Lee, and Linda, this was a new one for me, too. Some of the lines like "these two feathery maniacs" make me laugh.

Susan, your post shares an interesting mythological figure and reminds me of our recent trip to Chesapeake Bay. The town garden was filled with beautiful twisted wood sculptures that were captivating. There is a life-size mermaid in front of a coy pond. My little grandgirls were fascinated and so was I. The siren in the poem lured a poet to write and this mermaid lured me to photography her for future writing. Thanks for sharing the fun poem.

Very nice, Carol! I can imagine how much the little girls would like seeing a mermaid.

Have you ever been to the Mermaid Parade in Coney Island? It's held in June every year, and I keep meaning to go.

Ha! That poem got a great laugh from me. I do love Atwood's snark.

Linda, me, too! This poem is going to send me to the library looking for a collection of Atwood's poetry. I've read several novels of hers but none of the poetry til now.

This is DELICIOUS! I love the lie! Thanks for sharing!

You're so welcome! Isn't it great!