The Good, the Bad, and the Barbie

The Good, the Bad, and the Barbie:
A Doll's History and Her Impact on Us
by Tanya Lee Stone
Viking, 2010
130 pages

Is Barbie a "destructive force" or a "good role model for girls"?

But first you may want to read The Good, the Bad, and the Barbie.

This entertaining new book for teens by Tanya Lee Stone (Almost Astronauts) serves as not only a cultural biography of the slim-waisted, busty American doll but also an introduction to the confident businesswoman Ruth Handler, a Mattel founder and Barbie's creator.

Whether describing the late Mrs. Handler's childhood or what others think of Barbie's many incarnations over the toy's 51 years (Nascar driver, Presidential candidate, Fashion Queen, etc.), a strong sense of girl-power runs through the book. Stone writes,

"It is easy to jump on the bandwagon and say that Barbie must be sold as a pilot and not only a stewardess, or a surgeon and not only a nurse, but it's also important to remember that the word only can be just as limiting to girls. If a nurse is what you want to be, then a nurse you should be! It is Choice—with a capital C—that women have fought to have. It doesn't matter what the choice turns out to be, as long as it is your own."

The Good, the Bad, and the Barbie has been nominated for a Cybil award in the middle grade/young adult nonfiction category. 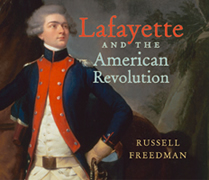 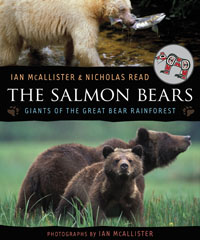 This good book from a Canadian independent press follows grizzlies, black bears, and spirit bears (an all-white mutation of black bears) through four seasons in British Columbia's Great Bear Rainforest. Highlights include full-page color photographs, many pull-out facts about the big mammals, and a strong case for preserving a remarkable stretch of wilderness. Source notes and a longer list for further reading would have been helpful for kids (fourth graders and older) who want to learn more.

While the focus is on the animals and their environment (rather than on the humans working to preserve them), The Salmon Bears will appeal to fans of Houghton Mifflin's Scientists in the Field books, not to mention National Geographic's Face to Face with Animals series. The creative team was also responsible for The Sea Wolves—Living Wild in the Great Bear Rainforest.

Salmon Bears was nominated for a Cybil award in the middle grade/young adult nonfiction category. Readers can preview the book at www.salmonbears.com.

"On the Western Front alone, more than a half million men lost their lives in 1916. Second Lieutenant Alfred Joubaire, serving with the French 124th Regiment at Verdun, made the following entry in his diary on May 23, 1916: 'Humanity is mad! It must be mad to do what it is doing. What a massacre. What scenes of horror and carnage! I cannot find words to translate my impressions. Hell cannot be so terrible. Men are mad!'

That was the last entry in Alfred Joubaire's diary. That day, or possibly the next, his life was ended by a German shell. He was twenty-one."

from The War to End All Wars: World War I, by Russell Freedman, Clarion Books/Houghton Mifflin Harcourt, 2010. 192 pages.

Describing the silent-film star's hardscrabble early years, the following is an excerpt from Sir Charlie Chaplin, the Funniest Man in the World, by Sid Fleischman (Greenwillow/HarperCollins, 2010). This is the point in which Chaplin follows his brother's footsteps into acting.

"If Charlie had heard of Faust, who made a pact with the devil to exchange his soul for recaptured youth and other yearnings, the Cockney would have been glad to make the trade. All he yearned for was a change in luck and maybe a kidney pie. The change arrived, anyway, and haggle free."

Sir Charlie Chaplin, the Funniest Man in the World is for ages 9 and up, according to the publisher.

Writing at the publisher's blog, Under the Green Willow, librarian Susan Erickson said, "Sometimes I think [Sid Flesichman] wrote as much for his own enjoyment as for his young readers; his great skill as an author allowed him to do both." For this not-so-young reader, the curlicued writing style distracted me so much from the story that I stopped halfway through.

Sir Charlie Chaplin, the Funniest Man in the World was nominated for a Cybil award in the middle grade/young adult nonfiction category.

Can You Name the Artist?

1. This person was a member of the Future Teachers of America in high school.

2. This person once worked as a keypunch operator at a phone company.

3. This person's apartment was "furnished with Victorian fru fru," according to a former companion.

4. Someone who knew this person said that this person "paved the way for people like Joan Jett, Patti Smith, Fiona Apple, Pink, and Lady Gaga..."

Did you guess Janis Joplin? Yeah, that's right. Author Ann Angel covers both the mundane and the sensational in a new young-adult biography, Janis Joplin: Rise Up Singing. Given Joplin's struggles with drugs and alcohol and eventual death from an overdose at twenty-seven—all of which Angel talks about (how could she not?)—-Janis is obviously no role model, but her journey from Port Arthur, Texas, misfit to rock-and-roll icon certainly gives young readers both plenty to think about and a window onto the sixties. Musically inclined kids especially will eat this quick read right up.

Janis Joplin: Rise Up Singing has been nominated for a Cybils award in the middle grade/young adult nonfiction category. The introduction by Joplin's band mate Sam Andrew is one of the best essays about an artist I've read in eons.

Last year The Frog Scientist, by Pamela S. Turner, won the Cybils award for best middle grade/young adult nonfiction. One of the author's new books is Project Seahorse, another topnotch offering in Houghton Mifflin's Scientists in the Field series. This one concerns the world's first seahorse conservation group and a damaged reef in the Philippines. Turner deftly represents a number of the participants in a cooperative project, including the group's biologist founders, young Filipino scientists working on the effort, and the family of a local fisher, who makes his living from the sea.

"[The village of] Handumon's problems aren't unique. Many coral reefs around the world face similar threats. How can reefs be protected, along with the livelihood of people like Digoy [the fisher]? Finding solutions to this thorny problem is a main goal of Project Seahorse."

The hallmarks of the series are all here: high-interest subject matter, large color photos, and portraits of scientists at work now. While children will learn plenty about seahorses, Turner also gives more resources at the end of the book for additional reading and for helping these beautiful, delicate animals.

Project Seahorse, a great independent-reading choice for fifth graders on up (younger for read-alouds), is a 2010 Cybils nominee in the middle grade/young adult nonfiction category.

Hot Off the Presses: New Nonfiction for Older Kids & Teens

Don't miss Colleen Mondor's excellent list of nonfiction books that haven't yet been nominated for the Middle Grade/Young Adult Nonfiction category of the Cybils. You'll find 10 great suggestions for new nonfiction for older-kid readers. The subjects of these books include Cleopatra, Civil War spies, and an underwater science station.

For even more nonfiction ideas for this age group, look at all the books that have been nominated!

The Most Dangerous Rumors

"During times of crisis or uncertainty, people often resort to rumors, or stories ciruclated without facts to confirm the truth, to help them cope with anxieties and fears. Of all the rumors, racial and hate rumors are considered the most dangerous because they are divisive and create hostility that can lead to violence."

—Susan Campbell Bartoletti, writing about the 1866 founding of the Ku Klux Klan, in They Called Themselves the K.K.K.: The Birth of an American Terrorist Group (Houghton Mifflin, 2010)

Bartoletti's new book is a nominee in the Middle Grade/Young Adult Nonfiction category of the Children's and Young Adult Bloggers' Literary Awards (the Cybils).

Nominate the Best Children's and Young Adult Books of the Year

Everyone can nominate a book for the Children's and Young Adult Bloggers' Literary Awards (the Cybils) at the website. You do not have to be a blogger to nominate.