Forbes.com profiles Betsy Bird: "by day, a librarian. By night, the most powerful blogger in kids' books." In the article, the proprietor of A Fuse # 8 Production makes a Newbery prediction, too.

In other blog-related chit-chat, many thanks to The Picnic Basket for the recent shout-out.

People Are Talking About...

The end of the PBS show "Reading Rainbow." (via NPR) I hate hate hate this news. Hate it. But I like this post by The Millions' mom, a.k.a. Dr. Christine Morano Magee, of Educating for the Unknown.

Motoko Rich's New York Times article on reading workshops, in which students choose their own books. See also the Educating Alice blog for a 4th grade teacher's approach to teaching reading (and a response to the Times article).

Oprah's next Book Club pick, to be announced September 18th. (My guess? Like GalleyCat, I think it's Uwen Akpam's Say You're One of Them.)

Lorrie Moore's new novel, A Gate at the Stairs (due from Knopf on September 1st). Excerpted in The New Yorker's 7.06.09 issue.

Nearly fifty years after its initial publication, Julia Child's Mastering the Art of French Cooking makes the bestseller list. (via The Village Voice's Fork in the Road blog)

PBS Parents is debuting a new blog about children's books: Booklights. Go take a look. It's written by several of the kidlitosphere's finest. PBS Parents is an online adjunct to the network's children's television programming.

Pam Coughlan, the voice behind the curtain at MotherReader, and her crew are taming the Internet. How? By creating a portal for lots of blogs that cover children's literature. Go check out KidLitosphere Central.

KidLitosphere Central has been kind enough to mention Chicken Spaghetti's "Best of the Best: Kids' Books '08" list, which is still growing. Recent additions include the Newbery and Caldecott medals, the Orbis Pictus awards for nonfiction, the Parents' Choice book prizes, and the winners of the American Association for the Advancement of Science awards. 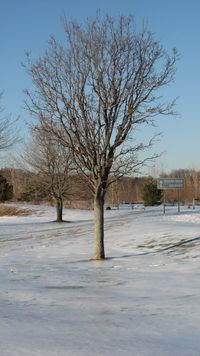 The Chicken Spaghetti Search Engine, or Bling for the Blog

Yes, there really is such a thing! Newly installed in the column to the right, the new, official, Google-powered Chicken Spaghetti Search Engine sits humming idly and waiting for your query. It's under the title "Search This Blog," which falls below the WorldCat device.

Since the blog is nearing its fourth year (in May), the content has grown exponentially, and a customized search engine ought to help readers find things they're interested in. You can also view phenomena like my slight obsession with the books of James Marshall and my over-reliance on the phrase "Who knew?" I swear I'm not going to say it any more. I swear.

[Sound of person trying to speak with hand over mouth.]

Okay, that was the last time.

Still looking for the ideal holiday present? (Answer to self: yes.) MotherReader has it covered: more than 100 ideas for book-gift combos. Thank you, MR, for the handy links, too.

For a really !wow! best of the best, including books for adults, don't miss Largehearted Boy's 2008 Year-End Online Book List.

Here's fun stop on your blogosphere tour today: Florian Cafe: Poetry Commotion. Douglas Florian is the author and artist behind such grand children's books as Insectlopedia, Laugh-eteria, and Comets, Stars, the Moon, and Mars, among many others. Camille at Book Moot first introduced me to Florian's work, and my son and I are so glad she did.

In celebration of its third anniversary on December 17th, Jen Robinson's Book Page hosts the Carnival of Children's Literature. Bloggers, don't forget to submit your favorite blog post of the year by December 15th. Use the submission form at the Blog Carnival web site. Readers unfamiliar with blog carnivals can find an explanation here. It's from an older post, but the information still pertains.

Nonfiction Monday, a roundup of NF titles for kids, is at Picture Book of the Day on 12/8, as usual.

Blogs to Visit, May 8th

Household repairs around here are so loud that the cat has squeezed his big self behind the bread box in an attempt to hide. I hate to tell him how visible he is. At any rate, here are some blogs to check out while I, too, am going to hide from the noise by running around town this morning.

Here in Franklin. That's Franklin, Tennessee, y'all. Observations on life, in the form of short essays like "Gas Is the New Lunch." The blog is written by my cousin-in-law, a fellow cut-up at family reunions. One day you'll have to ask us about the bus to the cemetery. (It wasn't a funeral.)

Read. Imagine. Talk. "Ideas about raising thoughtful readers, children's literature, education, and whatever else comes to mind..." by a Bank-Street-educated teacher and mom.

What Do We Do All Day? This blog about the sweet adventures of a Brooklyn mother and her preschool-aged son reminds me of days with Junior when he was a little guy. The blogger reviews "urban picture books," too, like Adèle and Simon and At Night.

Elsie and Joe Deluxe. A thoughtful blog "in which [they] tell you about [their] many works in progress: homeschooling, teaching, writing, recorder playing, knitting, spinning, home renovation, gardening, anything else that comes up."

If you are headed to New York this week to the National Council of Teachers of English (NCTE) annual convention, I hope you'll mark your date book for Saturday, Nov. 17th at 1:15 p.m. That's the time and date for a panel on blogging, with Mary Lee Hahn from A Year of Reading, Elizabeth Burns of A Chair, A Fireplace & A Tea Cozy, Jen Robinson of Jen Robinson's Book Page, and yours truly. The details:

Title: WELCOME TO THE KIDLITOSPHERE: READING, REVIEWING, AND BLOGGING ABOUT CHILDREN'S LITERATURE Children's literature blogs are a fabulous digital resource for all who are interested in children's books. In this session, four bloggers will share how blogs and blogging enhance their work with children and their knowledge of children's literature. There will be time for questions, and handouts with web links and booklists will be provided.

Won't you join us?

Some Thoughts About Book Reviewing

Of interest to bloggers looking to improve their reviews is Anne Boles Levy's post on book-review forms, which is adapted from a talk that she gave to children's literature bloggers. (Her blog is Book Buds.) Coming from a background in journalism, Levy offers food for thought, including the following:

I spent only a brief time asking bloggers to consider not just readers who routinely visit their blogs, since writing for this immediate circle eventually becomes limiting and self-referential.

You unwittingly erect your own gates, admitting only those who "get" you and your stylistic quirks. To reach a broader audience, you have to imagine who they should be.

Faint Praise: The Plight of Book Reviewing in America, by Gail Pool, fits right in with what Anne Levy is saying. According to the jacket flap, "Faint Praise takes a hard and long-overdue look at the institution of book reviewing. Gail Pool, herself an accomplished reviewer and review editor, analyzes the inner workings of the troubled trade to show how it works—and why it so often fails to work well."

Faint Praise puts book reviews in context better than anything else I've read. Although it concerns reviews of books for adults, children's literature bloggers can take away plenty of useful information.  Among the topics Pool covers are writing, editing, the effect of publishers' advertising (or lack of it), the effect of book reviews on sales, the reader-reviews at Amazon, editors' choice of books for review, sloppy language, and more.

Negative reviews come up in Faint Praise. Pool sees a real need for honest criticism, not just empty praise. In finding and writing about only what's good in a book or just describing its contents, a reviewer ends up "giving the impression that books are far better" than the critic actually thinks they are.

There are no shoulds or shouldn'ts in the blogosphere, of course. We can choose to write a full-fledged review or not. If I am reading Anne Levy's intent correctly, she is urging us bloggers to step it up a notch, and if we follow some of the ethical constructs set forth in Faint Praise, we ought to excuse ourselves from reviewing the books of our friends. Following copyright laws is a given.

As more and more arts criticism moves to the Web, we should keep thinking and talking about how book reviewing in general and blog reviewing in particular contribute to the cultural conversation.

Edited to add: Read Roger, the blog of The Horn Book editor-in-chief, briefly addresses which books get reviewed in that venerable publication;  many libraries use the magazine in deciding which children's books to buy.